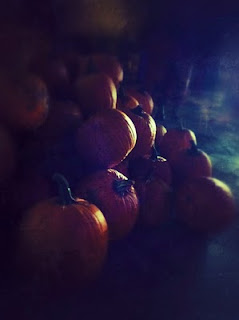 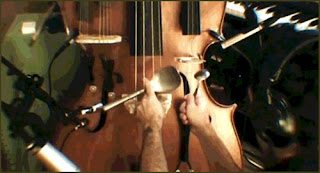 Diego Stocco and his Experibass.

Have some fun, why not 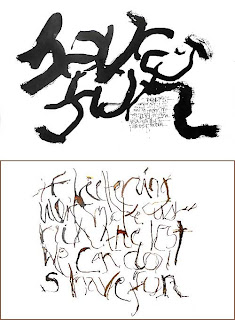 I very much enjoyed my workshop this past weekend: Contemporary Scripts: Lettering for the 21st Century, with Mike Gold. Interesting!

It was hosted by the Washington Calligraphers Guild and they were a good group! All very encouraging and welcoming and patient with me and with the one other noob in attendance.

Mike Gold is a charming man and an expert teacher. He is the senior lettering designer at American Greetings (the five hundred pound gorilla that challenges Hallmark for total domination of the Earth) but pursues more creative challenges in his spare time. Thus, this workshop.

My favorite part of the weekend was watching Mike's eyes and face as he stared down, first, at a big blank sheet of paper and second, how he responded to/answered each partially done line or mark. He was constantly reassessing and rethinking and re-planning as he went, continually reacting to the line he had just made, eyes darting around. It was a delight to see this process in action.

The other interesting part of the weekend was watching how the accomplished calligraphers in the class dealt with (or didn't) the challenge of getting loose and intuitive and wild and crazy. 'Wild and crazy' does not seem to be a part of your standard calligrapher's skill set. Are we surprised?

In any event, for my piece at the top (12" x 20") I started with an enormous Chinese sumi ink brush to make the big fat marks. I finished it with some very spidery and thin lettering in the crook of the "n". (Yep, that's an "n".) The sumi brush is a nifty object and the marks it makes are nearly alive, all on their own. I really want one of those brushes but cleaning it is absurd. (How do they do this in China? Are they left sitting in the ink? Dunno.)

The bottom piece (10" x 14') was made quickly, standing at the table (rather than sitting down), using a ruling pen and some skanky brownish black ink+watercolor goo I had mixed up. It was the last thing I made, and hurriedly, on Sunday afternoon. Go figure. 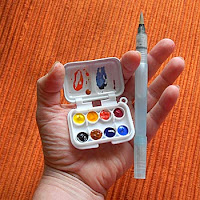 Portability? Yeah, I guess so!

I found this kid palette at Plaza Art and remembered reading about in on RozWoundUp, on one of her palette pages. It's called the Jack Richeson Mini Watercolor Set 8.

So I snagged one (shoulda gotten five of 'em), took it home and soaked it until the pigment pellets that it came with were soft enough to dig out. I then filled it with some DSmith tube paints and let them "set up" over night. (I put eight colors in. Roz gets eleven by putting three more in the slot between the circles, where the microscopic brush originally snapped in.)

Anyway, the following morning I had a new carry-around-every-day toy to play with! Keen!

The pix below show The Kid with my other two travel/sketch palettes. 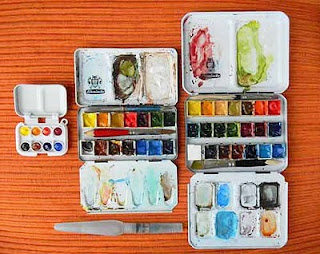 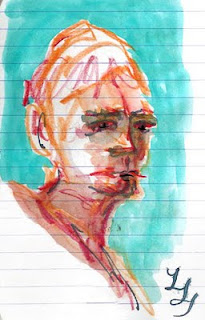 This is 11" x 2" and is done on a scrap of Stonehenge "Kraft" color paper. I am using Pilot Iroshizuku Kiri-same ink ("Autumn Shower") grey ink in a pen rigged with a "fude" nib. And for the color I am just beginning to use the new Schmincke Horadam Aquarell pan watercolors. So far I really am enjoying these because of their opacity. Almost perfect on the Kraft paper. These are more like the opaque wc pencils and more like gouache than they are like my good ole DSmith watercolors squeezed from the tubes. I like the Schmincke pans very much so far.
at 9/03/2011 01:49:00 PM No comments: