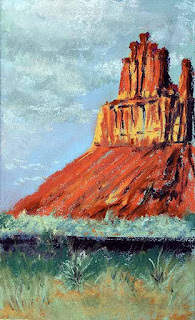 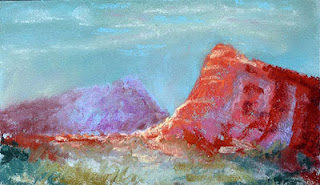 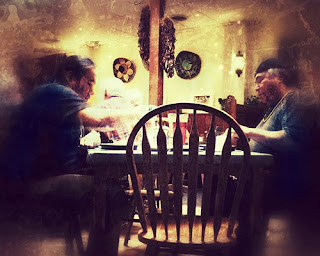 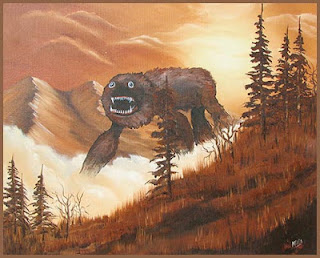 This is entitled Mountain Monster, by Chris McMaho. I find this pretty creative and a bit hilarious. Talk about appropriating art to make art. Ha!

"Artists Chris McMahon and Thyrza Segal have each added a fantastic collection of monsters to dull landscape paintings that they found at various yard sales and thrift stores. Prints of the enhanced paintings by Thyrza (Etsy) and Chris (deviantART) are available to purchase online." (from Laughing Squid)

Chris McMahon's collection is here.  Thyrza Segal's is here. The later's gallery is particularly entertaining, since she includes the before and after. (Beware! Zombies, too!)
at 5/29/2013 03:32:00 PM No comments: 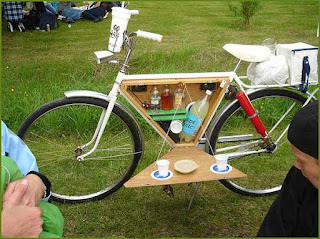 Is this awesomeness, or what? I ask you! 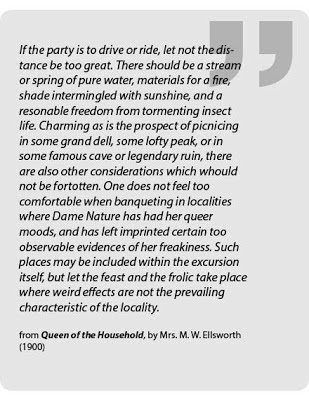 -- Food Timeline -- Picnics
-- Picnicking Through The Ages, from the blog 'The Salt'
-- Perfect picnic: How to pack the perfect one, from BBCFood
-- The Batard: the so-called 'perfect' folding serrated picnic knife
-- Best Picnic Spots in DC (May 2013)
-- Best Picnic Spots by the Water (Washington Post, 2011) 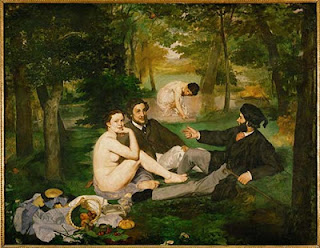 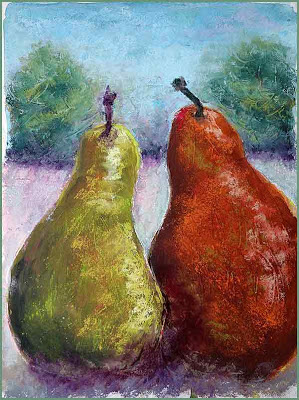 The initial title for this was 'Pears in a Field'. Clearly too conservative.

I am regretting missing the Bill Creevy workshop in Albuquerque, so I've rounded up all the old texture-makers that I can find 'round the house. And am playing around. The trees turned out well here. 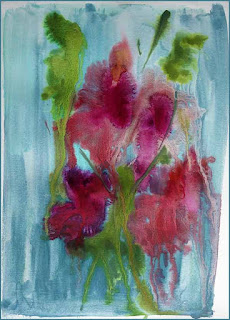 This is about 8" x 11" and was intended to be the preliminary pastel/watercolor underpainting for another attempt at a pastel painting of wild field flowers. What has stopped me at this point is that it looks pretty durn great just the way it is. I am loathe to do anything else to it. 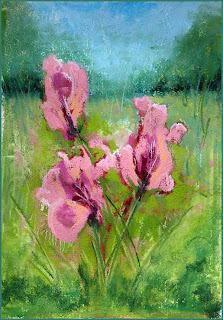 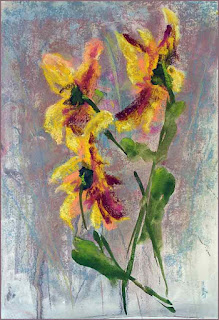 This is about 8" x 11", done with pastels and watercolor on paper.

I was inspired by Karen Margulis' challenge: 'See how few strokes it takes to paint a blossom.' Good stuff! See her post Fast and Loose...Ideas for Painting Fresh Flowers
at 5/17/2013 10:45:00 AM No comments:

Plein air -- heading out to the field! 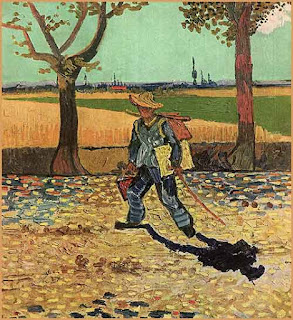 Gallery: Destroyed in the above provenance information?

What's this all about?  Hmmm!

Who might be responsible for this? Answer: the RAF -- "Magdeburg was heavily bombed by the Royal Air Force during the Second World War. The RAF bombing raid on the night of 16 January 1945, destroyed much of the city. The official death toll was 16,000 - however, it is now believed that at most between 2000-4000 citizens were killed." (Wiki)

More: "Thousands of citizens lose their lives during the most devastating air attacks on Magdeburg on 16th January. A deadly bomb attack wipes out the old city centre and reduces 90 percent of the buildings to rubble. 60 percent of the city is destroyed. The factories of the Krupp-Gruson-Werk, the Junkerswerk and the Brabag are affected to a great extent." (The Chronicle of Magdeburg)

Another version of the story holds that: "In 1945 most of the museum's pre-war collection was looted or destroyed when fire was set to its wartime storage at the Neustaßfurt salt mine." (Lootedart.com) Here it seems the museum made some attempt to protect the collection but it backfired. So to speak. (Awwk.) This is one of those last-days-of-Nazi-Germany stories that may never be sorted out.
at 5/12/2013 11:15:00 AM No comments: 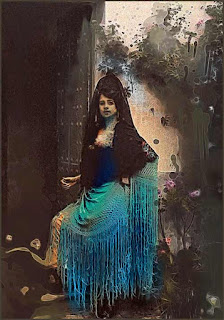 Carlson on Linear Perspective for Clouds

This diagram is on page 78 of Carlson's Guide to Landscape Painting (1958), by John F. Carlson.

He explains:
"If a mountain or hill should rise in our landscape in such as way as to obstruct our view of the horizon, the arching and receding sky (or clouds) would ignore this temporary "horizon" and proceed back to the real horizon (out of our vision, of course) at its own ratio of convergence. It is this continuance of the sky back of the mountains, with the clouds coming up over it (and following their own perspective), that helps to give a sense of height to the sky and the mountain in our picture, as shown in Diagram No. 22. Of course, we speak of "converging" lines in the sky in only a figurative sense. We can only feel these unseen lines." (Ibid., page 77)
at 5/05/2013 12:28:00 PM No comments: 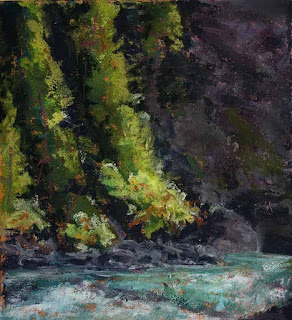 This is about 6-1/2" x 7", done with pastel on salmon-toned paper.  I am quite happy with the water in this one. Surprise! Who knew?

(After I photographed this piece and loaded it into Photoshop to crop and re-size it, I noticed a number of areas that could bear improvement. And so promptly returned it to the easel for more work. This was an example of how looking at a piece in a different way, in this case on a computer screen, can reveal valuable information. I am vowing to use the old silver PV hand mirror much more often. Looking at a piece upside down and backwards can be even more revealing.)
at 5/04/2013 03:57:00 PM No comments: 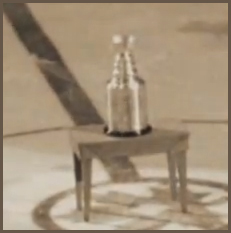 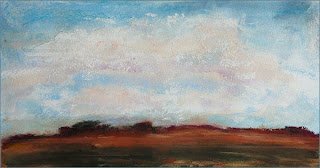 This is about 7" x 4", begun with watercolors and finished with pastels, on paper